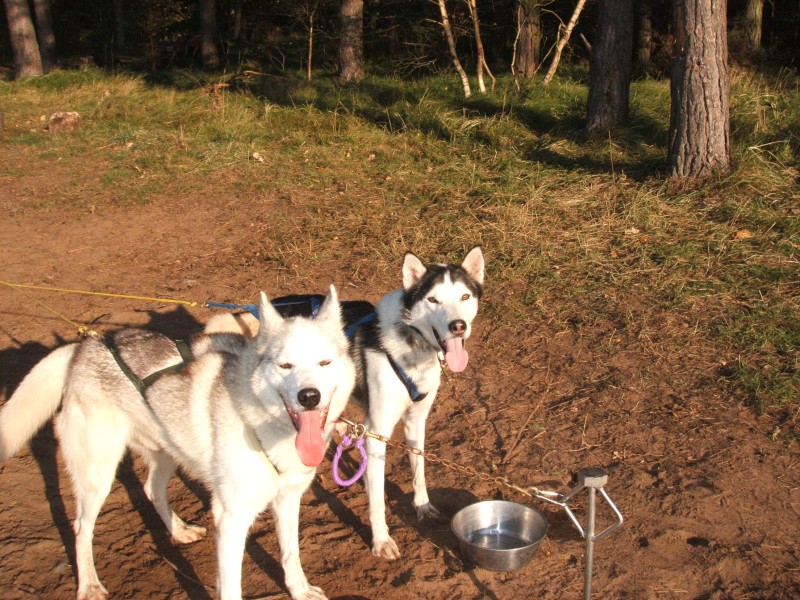 Boz seen here on the left.

Boz is litter mate to Nik and has run along side his brother during his working life. An outstanding sled dog in his own right but has to some extent lived in the shadow of Nik. He is one of those dogs who just loves to run fast, he has been on the main team since his first season winning many races in various classes.  Boz has raced in lead in Amanda's team on many occasion and is currently training up some of our younger members for the lead dog position. This will possibly be his final race season at  the age of 10, he will be leading Amanda's team in the 6 or 4 dog class.

It is also possible that the old fellow may be off to the World Dryland Championships in December which will be a wonderful achievement for a dog of his years.

Mar 2007. Drumlanrig was Boz's final competitive race. At almost 11 years old we have decided to give him the retirement he deserves. Boz has been in our fast team for all of his working career, he has won numerous races and has been a fantastic dog. Sadly age is starting to have an effect on him and he sometimes has right shoulder problems especially running at high speeds. We will still run him in training and Georgina may well be running him next season in her very first junior races. What an emotional time this will be for us as parents we will be so very proud of the two of them. Lets cross fingers and hope that Boz will be able to get Georgina started. 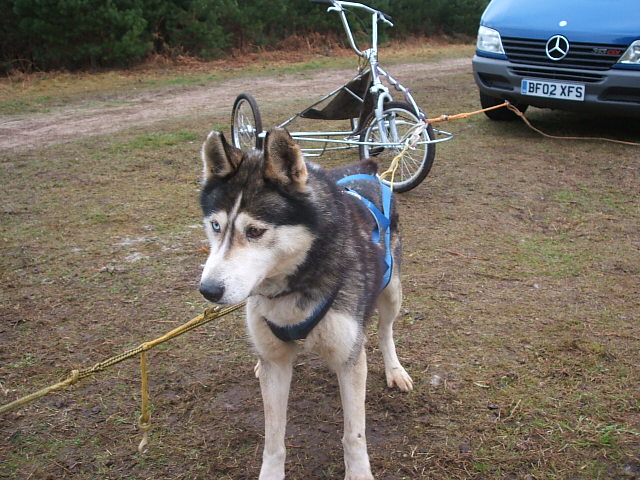 Raider is the old man of the kennel, he was retired from running this season much to his disgust. He is a very handsome chap and a delightful character probably one of the easiest dogs to get along with in the kennels.

He was a typical distance dog and could trot at an amazing 19 miles per hour. He was always in one of our race teams and was a very useful team member.

Today he is retired with the rest of the oldies and is slightly senile. Raider is still a very fit looking dog and to look at him he doesn't look his age at all. 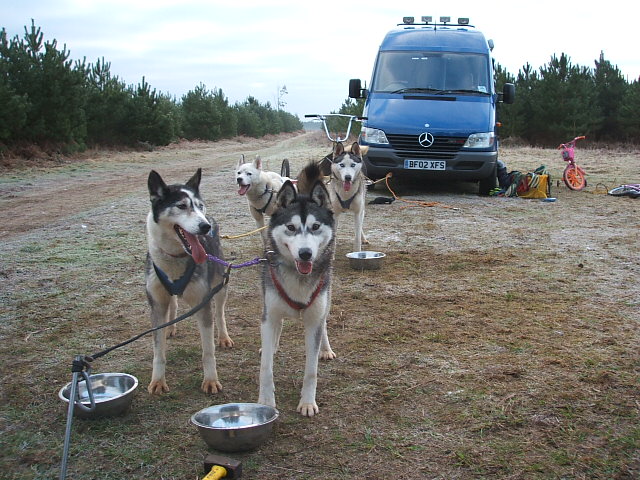 Lightening seen here on the left with Neo.

Lightening is an absolute delight we made the biggest mistake in having her spayed and we have regretted it ever since. She was a really reliable leader and up to last year was leading Amanda's race team. She was always the best dog to train up the youngsters as nothing would put her off. She is missed in the team.

Lightening loves everyone and is looking forward to moving in with Hoby and Tealk very soon so move over boys.

Goose is a big teddy bear, he is no trouble nowadays and can be found snuggled down with the oldies although as a young dog would be quite a handful.

Goose didn't really like the race scene although would love to go out training. He is a very strong dog but again is quite big and suffered in the heat. We decided not to run him after a terrible accident out training when he was nearly strangled by the tug line. He is a very sensitive sole.

Goose loves a nice walk with the others and is enjoying being retired.

Holly is much the same as Billy although she retired herself the previous season, there didn't seem to be any reason for it she just decided that it wasn't for her any more and that she preferred to go for a walk.

Holly too is predisposed. Holly is a nice character slightly bossy at times but loves a cuddle. Both her and Billy are exceptionally strong and it is extremely hard to walk them.

She is generally found curled up with Goose in one of the kennels it must be love. 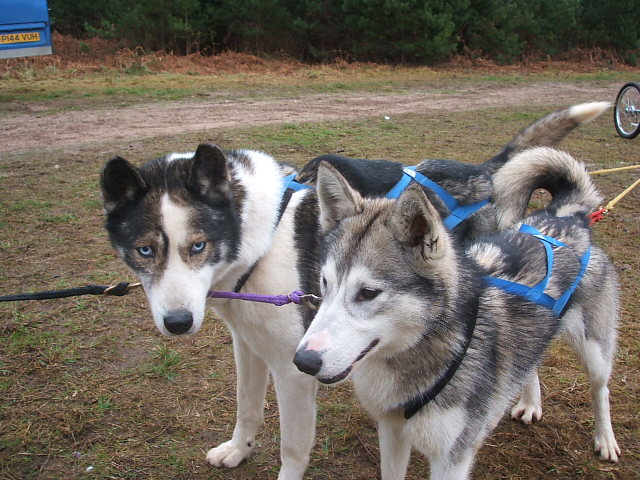 Riker seen here on the left.